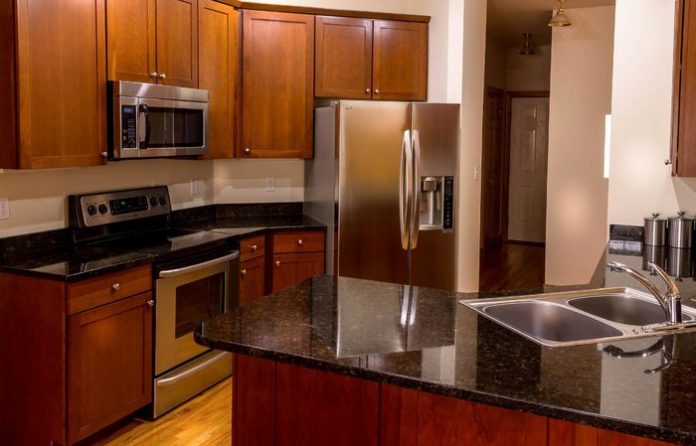 Toaster ovens. For a while, they were a trusty companion in dorm rooms all over America. They were a symbol of young single life, before moving into adulthood with a house and a real oven. Since then, we have started to reevaluate this tool as more than an option to make late-night grilled cheese. They are compact, versatile, and convenient. From cookies to roast chicken, a good toaster oven can do so much more than you might think. If you are interested in getting into the small oven game or looking to replace an older machine, we can help.

What Should You Consider Before Buying?

As with any kitchen appliance, what we think is the best is not always what’s best for you. We reviewed all ovens based on their build quality, usability, size, functionality, versatility, and price. Retail popularity and user reviews were also taken into consideration.

However, despite our results and recommendations, you will have to take into your personal circumstances into account. How much money you’re willing to spend, how much space your kitchen has, what tasks do you want your oven to complete — that’s all going to come down to choice. We all have different needs, so make sure you use our guide to find out which oven is right for you.

Lastly, there is also the convection function that we want to highlight. Convection ovens have fans that allow air to circulate, speeding up cooking time and make sure that food gets cooked evenly on all sides. They save energy, time, and produce excellent results. So while they are a bit of an investment, convection is a feature you should keep an eye out for.

Unlike many of its competitors, the impressively named Hamilton Beach 6 Slice Easy Reach Toaster Oven, available in Amazon, did not perform great in the cooking tests. Toasting performance is good, but not great. The oven itself also got very hot while in use. There are no electronic controls, meaning you have to keep a closer eye on setting cooking times.

Where the Hamilton oven shines, however, is regarding size and price. It is very compact without losing much oven space, making it an ideal fit for any smaller kitchen. And compared to some of the more luxurious models, it only costs a fraction. Being the budget option means all the downsides have to be considered on a curve. And as far as budget ovens go, this one gets the job done.

The Breville Smart Oven Pro is possibly the best toaster oven in this test. It comes remarkably close to being a conventional oven, albeit a bit smaller.

Toasting was done incredibly even, which is always a good sign for heat distribution. Frozen foods, baking, and even grilling are possible. Using the appliance is slightly complicated at the start, but that’s mostly the result of the high amount of options available. You can choose from numerous pre-sets ranging from toasting to slow-cooking. Yes, you can even make a stew in this oven. And if that were not enough, there is also an “Air Fry” function, as well as the ability to dehydrate. You will quickly get the hang of the controls, and what you are going to be left with is a machine built for flexibility.

The Breville Smart Oven Pro is the most expensive oven on the list. But the freedom in cooking the number of features gives is more than worth it. It is also super easy to clean. So if you want quality, and are willing to pay for it, you can not make a safer choice.

Another high-end toaster oven, the Cuisinart TOB-260N1. It is also one of the most comfortable ovens to use, boasting a staggering 15 different cooking presets, all accessible through a big LCD screen.

This oven truly shines in its extra cooking features. Besides being a convection oven, it also boasts “speed-convection,” eliminating the need for pre-heating. Furthermore, it has a dual cook feature, allowing you to run two different cooking settings consecutively. With this, you can cook your meal, and brown it towards the end without having to adjust anything manually. The future is convenient.

The Cuisinart TOB-260N1 also has a vast interior, able to fit two 13×9 baking pans. A whole roast chicken is no problem for this appliance. And the non-stick coating makes sure that cleaning up any grease or oil will not be a problem.

The Breville BOV450Xl, A option, is a curious toaster oven on this list, as it is one of the few non-convection ovens that made it. Usually, the convection feature is crucial for excellent cooking performance, but this oven boasts enough power to perform well without it. It is also very compact, making it another contender for dorms and small kitchens.

The mini oven also comes with its own piece of impressive technology. The “Element Cooking IQ” technology adjusts the temperature on the fly and ensures perfect cooking results. Coupled with a 1.800 watt powered heating unit, and eight presets, you will most likely not even notice the lack of convection cooking.

Despite its size, this oven did not skimp on any of the Breville quality. We have an oven that is a high-quality alternative for when space is a serious concern to you.

As the name already suggests, this Oster oven is one of the bigger ovens on this list. You can get yourself one from amazon. Not only does it have high volume — while still featuring convection technology. The model also comes in a sleek black design, instead of the cold steel design that seems to be the default for most models.

Cooking options are somewhat standard, but they do what they need to. Seven cooking pre-sets provide you with enough flexibility to prepare most toaster oven meals. As a nice bonus, it also has an interior light so that you can spy on your baking progress.

Overall, this is not a flashy oven, but an affordable option that is solid and roomy.

The Cuisinart TOB-195 is the oldest toaster on this list, and the fact that it is still on here should grab your attention. Even though it has been around for some years, the solid performance it provides is nothing to underestimate. It also has the odd design choice of having the controls on the bottom of the display glass, instead of the side.

It has all the usual toaster oven cooking options but especially shines when it comes to broiling. The carnivores among us will be getting a lot of great use preparing meat in the TOB-195. Toast came out nice and evenly brown as well.

The oven might not be fancy or modern, but it is the workhorse of all the toaster ovens on this list. There is, after all, a reason why the buyers of this older machine have been loyal for years. You will have a hard time finding an unhappy customer. And trust us, we looked around.

The second oven on this list with a loyal customer base, the FlashXpress has almost a cult following. As as the name suggests, speed is the big selling point of this particular appliance. No other toaster oven was able to toast bread both this quick, yet remain perfect even brownness.

The Panasonic FlashXpress is what you might call a specialist. It’s the best at what it is good at, but lackluster in other areas. The area in this specific instance is general cooking. With awkward temperature settings (standard cooking temperatures are not supported for some reason), you will have to experiment to find the right settings when baking. It also has no broiling option.

With all this in mind, the Panasonic is not a great oven for most. You can only use in limited scenarios effectively. The reason why it is on this list is, that when it comes to bread, there is just no competition. And that is worth something. The FlashXpress is available for $$$

The Best of the Best

After having looked at many toaster ovens, all of the ovens on the list are great to purchase. Compared to what is out in the market, they are the best choices. Below are what we consider the top three.

As we already alluded, the Breville Smart Oven Pro is the best toaster oven for 2018. With more functions than the average toaster oven and high-quality construction, Breville has made a marvelous appliance. Its energy-efficiency makes it good for the environment as well. The versatility and quality it provides beats even conventional ovens.

While it may not be the cheapest toaster oven on this list, it indeed provides the best value. It has an overall solid performance. You can’t expect the same results as from the more expensive machines.

It does not happen every day that a toaster oven survives several product life-cycles. The TOB-195 not a flashy machine. It is easily the safest choice you can make if you are apprehensive about which oven to purchase. 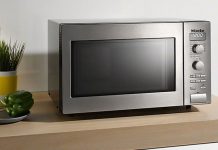 The Top 10 Best Microwave Purchases For The Year 2022 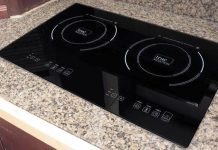 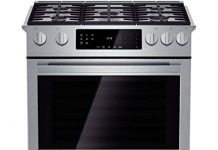 The Best Frigidaire Oven Models Available On The Market

The Best 27-Inch Wall Oven : All You Need to Know